A Complete Guide On Emoji Marketing (with some real-life examples) 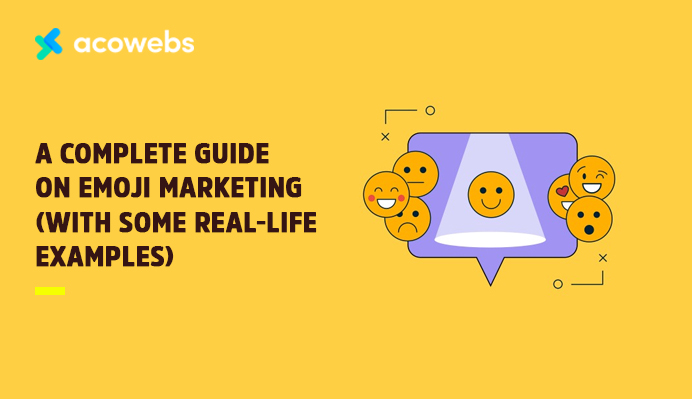 The more things change, the more they remain the same.

This statement couldn’t be truer when you look at the current communication scene. Before the advent of language – some 40,000 or so years ago, cave paintings were mankind’s way of passing along a message.

True to the adage, pictures back then were worth a thousand words since humans didn’t know how to write yet.

With the evolution of languages, such sketch depictions became a thing of the past.

Today, we have great technology at our disposal and one would assume that from this point onwards, everything is on the way up. Then again, could history repeat itself?

As an improvement of times gone, emojis have introduced themselves onto the contemporary scene with a bang.

While skeptics have been quick to claim that it’s the end of language as we know it, it’s impossible for brands to ignore the current trend.

Among millennials and most other demographics, attention spans aren’t that great. As such, brevity in conversation is always preferred. With emojis, people can perfectly capture tone and convey a message as one would when using speech inflections.

For example, you would be discussing a serious topic but the simple addition of a ☺ right at the end tends to signify that you’re probably just joshing and keeping things humorous.

Back in the 90’s tech wasn’t as advanced as it is today. With only the standard keyboard available, most users had to creatively express themselves in text messaging.

By combining numbers, letters, and punctuation marks, you could pass along a message with special emphasis.

Borrowing a leaf from this, a Japanese artist Shigetaka Kurita came up with the emoji concept in 1999 to introduce a more pictographic language to pass along information.

The rest, as they say, is history.

ALSO READ: Ways You Can Use Gamification To Boost Your eCommerce Sales

Fast-forward to the current times and you can see the impact that emojis have had on the current marketing scene.

As per Nielsen, about 92% of consumers pay special attention to recommendations from friends and family over traditional forms of advertising.

Given the fact that word of mouth marketing is so vital to create a successful brand identity, you must find a way to connect with a wider base of your target audience.

With branded emojis, you have the perfect word of mouth vehicle. This is because friends and family tend to send emojis between themselves as a show of affection, when sharing inside jokes, or conveying specific feelings.

With the aim of enhancing the visibility of a brand’s products and/or service, there have been lots of creative attempts at capturing the attention of the masses by different companies.

While the creation of keyboards containing branded emojis may have initially seemed like the best way to have such content available to all and sundry, it’s not a feasible strategy for the long run.

Nowadays emoji marketing has become a crucial strategy that could be adopted by not only technology or eCommerce companies but also by any brick and mortar business out there.

With the advent of more and more devices that support emojis including the interactive ones, digital has turned out to be an effective playground for leveraging emoji marketing.

In a bid to inform, we’ve compiled a handy guide of how you can approach emoji marketing and thrive in the current times.

While at it, we’ll also be sharing examples of how successful brands were able to make use of emoji marketing to bolster their presence in the market.

While the movie was a big hit in theatres worldwide, their marketing strategy simply blew everything out of the water.

Using emojis, they were able to showcase that the movie would not be your typical run of the mill show.

What started in WhatsApp group discussions quickly transitioned to a full billboard depiction of how hilarious the movie would be when Ryan Reynold took center stage.

In conventional thinking, they took a pretty big gamble with this. Thankfully, the masses were already well adept with emoji use that it became an instant classic.

Critics gave rave reviews and fans cleared up their calendars to catch a glimpse of what the movie was all about.

July 4th is a crowning moment in American independence celebrations. With everyone high on patriotism and following through with what the founding fathers would have wanted, Bud Light decided to take things up a notch and crank the festive levels higher.

In a tweet representing the grand day, they created a rendition of the star=spangled banner.

This time though, they swapped out the white and red stripes with emoji depictions of the American flag. In between though, they incorporated beer emojis.

While the flag is usually a serious subject matter, Bud Light was able to showcase that it’s never that serious and fans appreciated the humor by sharing the tweet en masse.

A couple hundred thousand retweets all in a day’s job sounds just about right uuh?

Las Vegas is known as the city of lights. When launching direct flights from Copenhagen to Vegas, the Nigerian Air Shuttle decided to make their campaign interesting by infusing it with emojis in their shortened URL.

This tactic worked to great effect because it was memorable and mentally painted a picture in the minds of people looking to take that flight.

The visualization is brilliant. There’s an airplane, a slot machine with the 777 sign for when you hit the jackpot at a casino in Vegas, and some dollars with wings. Even to a layman, the message is clear.

Take a flight to Las Vegas and try your odds of hitting it big.

With the post shared on Instagram, plenty of people made a point of liking the image and the post had a reach of about half a million people.

Having successfully launched two things at a go, the flight service and emoji campaign, the marketing spokesperson at Norwegian air shuttles couldn’t hold back how proud he was.

Thanks to emoji marketing and some comic relief, their latest venture caught the attention of the world.

Pizza deliveries have been a thing for a while now. There’s a great convenience that comes with having to simply order your favorite pizza without having to leave the room.

With so many delivery services currently making things easy for their clientele, you would imagine that this was as good as things could get.

Then, enter Domino, tongue in cheek and all.

While their emoji marketing campaign simply seemed like a gimmick at first, it was quickly picked up by their clientele and enabled them to register higher sales numbers.

Today, people can simply order Domino’s pizzas using nothing but an emoji. For this, you need to create a Domino’s account and configure your favorite order.

Once you link Domino’s twitter to the created account, you can simply tweet Domino’s with a pizza emoji, and your favorite pizza will be brought right to your door. Easy peasy.

This kind of thinking by Domino’s only went to show why human convenience needs to be considered in every transaction.

The friendlier a service is, the more likely that people will want to do business with you and less will be the cases of cart abandonment.

Climate change conversations have been going on for a while now. With the human population ever increasing, wildlife habitats are continually being encroached.

Having noted this persistent issue, two London creatives, Jason Scott and Joris Philippart decided to do something about it. Their approach? Highlight how endangered several species are using the art of emoji marketing.

In their compilation, they made a point of featuring 17 animal emojis. With each animal feature there facing the threat of extinction, their efforts were able to beautifully capture the very real threat of human actions and raise awareness on the steps that need to be taken for real action.

With people encouraged to join their campaign thanks to social media posts, they were able to raise a considerable amount towards wildlife conservation.

As a show of faith, they urged individuals who made use of any of the 17 emojis to part with 11 cents whenever they used them.

With their popular tagline “I’m Loving It”, McDonald’s has been known to create a cheer all around.

In a bit to create happiness among their clientele, they launched an emoji campaign that was set to resonate positively with visitors to their stores.

The message? If you’re having a bad day, just pop into a McDonald’s and your frown will be turned upside down into a smile. Sure, it sounds rather cheesy (even for a fast-food chain) but, it worked to great effect.

With emojis, they were able to tell a narrative and showcase just how much they care about the wellbeing of their clientele.

Well aware of the stereotypes that people have about their brand, they also ensured that they kept things on the humorous side of things.

A simple idea, with simple execution. The result was quite brilliant.

As you formulate your emoji marketing ideas, minimalism is recommended unless you’re trying to make a particular statement. The less complicated your approach, the easier you’ll be able to connect with your audience.

Emoji marketing is here to stay. How soon you adapt is likely going to determine how much success you have down the road.

With so many emojis to pick from for your brand, it’s best to first sample a couple and do some testing before you go public with your choice.

Do you think you’re ready to give emoji marketing a try?

We’d love to know your thoughts in the comments down below!

Acowebs are developers of WooCommerce Discount Rules that will help you add bulk discounts to products on your stores. It also developed the plugin for adding various extra product fields which is called WooCommerce product addons, that are lightweight and fast. You can easily update your store with these add-ons and enjoy a hassle-free experience, check out the best options for additional WooCommerce product options. 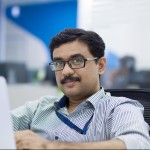 What is Geofencing Marketing?...

Introduction In the early days of computers, no one thought of advertisements. Every... How to Use Psychology to Shape Your E-co... 10 Best Practices to Increase Your Conve...